You may be in the throws of collecting auction items for your big event. Finding the right items can take time and finesse to get the right combination of items to appeal donors to your event. You may even be wondering where you’ll find your next great item. While you wait for the signed NFL football to land in your auction, take a moment to unplug and maybe even draw some inspiration from these top 10 crazy auction items found around the web.

November 22nd, 1963 has been forever marked as a dark day for the United States. This of course is the day that Lee Harvey Oswald shot President John F. Kennedy in Irving, Texas. Early that morning, Oswald left his wedding ring sitting on a night stand next to his wife Marina. After being held by the Secret Service and then returned to Marina, it was eventually sold in Boston fifty years later to an anonymous buyer. The sale price: $118,000.

2. The Bread of Life

Can you auction a plain old grilled cheese sandwich? Well maybe, but it would need to have a portrait of the Virgin Mary on it! That’s exactly what happened with a grilled cheese sandwich, which “kind of” bore a portrait of the Virgin Mary. Event better was that it sold for $28,000 in 2004. The Florida woman who had made it 10 years earlier said it never went moldy. So… there’s that.

3. Don’t Forget to Leave a Tip

You may not be served grilled cheese but if you are, it better be the best you’ve ever had with this next auction item. That’s because you’d be having lunch with Warren Buffett, business magnate and considerably one of the most successful investors in the world. Auctioned for 3.3 million dollars in 2018. I have two questions. What can he teach you in 1 hour? And if you can afford millions on a lunch, do you need his advice? Maybe he’d tell you that you pay too much for meals.

I saw this one personally. One of my early auctions in 2004. The rights to name a new building was auctioned off for $250,000. After paying that much, would I have the guts to plaster my name on it? Ironically, this one item sold for more than all other items combined (and doubled).

Can you auction nothing? Apparently so. During Kanye West’s Kanye’s Yeezus Tour in 2013-14, a dozen bags of air were put up for auction (rumored at $60,100). The goal? To cash in on Kanye’s mojo. No word on whether or not these bags of magical air were ever sold but points for being creative.

eBay has become one of the largest shopping sites on the internet. But what was the first item ever sold on eBay? Drumroll…. A broken laser pointer for $14.83.  Turns out Pierre Omidyar, founder of eBay, wanted to prove the concept of an online marketplace (eBay was originally called AuctionWeb). A collector ultimately picked up the laser pointer. Clearly, Pierre hit the jackpot.

Maybe Kanye’s air can’t sell but perhaps if he had licked the bags. At least that’s what helped sell a piano at an LGBT fundraiser in Los Angeles. You heard that right, Miley Cyrus licked a celebrity signed piano which ultimately went for $50,000! Yup, Hannah Montana’s spit can raise money for charity.

How do you pay for the high cost of higher education? Sell your name. That’s what Jason Madsen did when he needed to cover the cost of his crushing law school bills. “If you want my first name to be ‘Bob’s Supermarket’ and my last name to be ‘.com’ I’m cool with that, or if you want the first to name [sic] to be an entire business name—whatever works,” was written on his eBay listing. The starting bid? A whopping $75,000. Sadly, that didn’t even cover his debt.

What would you pay me to eat a 65 year old wedding cake? Reportedly, £560. That’s what a 65 year old slice of Queen Elizabeth II and The Duke of Edinburgh’s wedding cake sold for. Was it actually eaten? We’re not sure but it was said that the fruit was still edible. Very puzzling indeed.

We may have had a piece of cake in list but truly, this last item takes the … well, cake. It has to be one of the most significant items ever auctioned. In 193 AD the Praetorian Guard, who served as the secret police, put the Roman Empire up for sale. In order to do it, they had to kill the emperor, Pertinax. They could then offer the empire to the highest bidder. In this case, it was Didius Julianus and he paid 6,250 drachmas. Sadly, a civil war ensued and Julianus was beheaded. And for all of $21.29 US. But hey in 193 AD that was probably a lot of money. 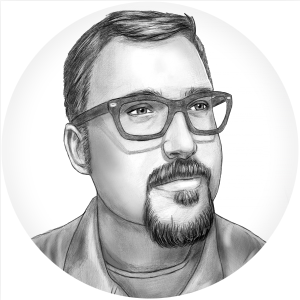 Matthew is the founder and CEO of ClickBid. Started in 2002 as a freelance project, ClickBid has grown to over 1500 events annually across North America. Born and raised in West Michigan, Matt earned his B.A. in Computer Science from Grand Valley State University in 1999.
PrevPrevious
NextNext

So what can web 2.0 do for your silent auction? Good question. Web 2.0 means a lot of things to a lot of people but

Get a copy of our Fall 2021 “happy path” guide on running a great hybrid event. Built from lessons learned through the pandemic. Be prepared!